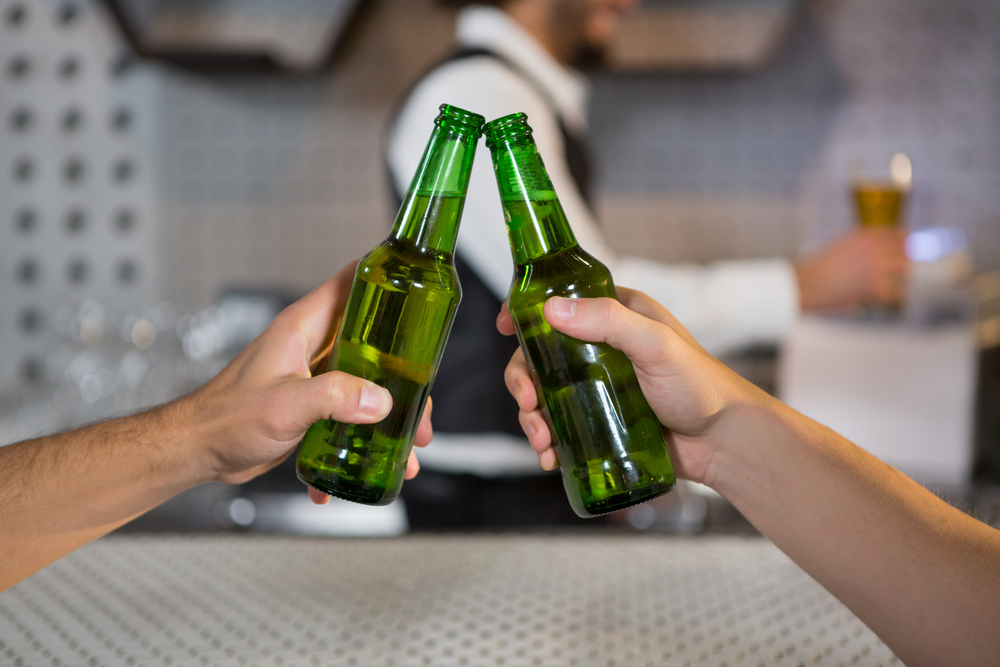 I often wonder in a modern connected world of Yelp ratings and online reviews, how do the restaurants and places with one/two star reviews stay open and compete? We live in a ‘Black Mirror’ type world where everything is increasingly rated and quantified for us. This certainly doesn’t bode well for poorly rated establishments. Surely, the negative publicity would cause everybody to turn their backs on the lowest rated local eateries and restaurants?

Alas, no such purge has occurred. Cities and towns are filled with chippers, kebab shops, and greasy pizzerias with rude staff and pretty terrible food that continue to do well. I wanted to know their secret. Were these places particularly cheap? Was there a lack of alternatives? Neither of those questions shed much light.

It turns out the answer was under my nose the entire time. Despite, negative online reputation, these restaurants and takeaways have a core loyal following that return time and time again. These customers invade at the same time every night after 11pm like clockwork. It is understandable to miss this specific clientele as you would not spot them during daylight hours. These supernatural creatures, no not zombies or vampires, are known colloquially as ‘drunks’.

Sure, these customers are challenging for staff members. They travel in large packs, often loud and reckless. Risks of spills and fighting always hang over the proprietor. However, and hear me out, in many ways they are the dream customers. Arriving after nights in clubs, bars and parties, what once appeared as an unsanitary takeaway is transformed into a Mecca of food for customers. Restaurants that laid empty during the day are now filled with paying customers. Kitchens need not worry about rational metrics like price and quality when serving up their goods, generally cheese and garlic mayo will take care of 90% of any issues. Best of all, hazy memory means no Yelp reviews to worry about the next day!

Let’s zoom out for a second. Considering the vast number of bars, restaurants and alcohol companies worldwide, there is clearly a huge market for consuming alcohol. More interestingly, alcohol consumption also has a huge spillover effect into other areas. Casinos, taxi drivers, rickshaws, late-night takeaways, and cigarette companies all benefit from the contributions of drunk people. I classify this large sector of opportunity as the ‘drunk economy’.

Alcohol’s potent effects do many things to the average human being. Some applaud the emergence of a more honest, better craic selves, or adorn ‘hungover confidence’. Everyone has their own story, but we have all made some decisions that we regret afterwards when sober. Alcohol consumption and rationality are negatively correlated. The drunken state brings out the laziest and most reckless versions of ourselves. It causes us to do things that seem like a fantastic idea in the moment, but unlikely to hold up when rationality comes into play. If you doubt this statement, let me ask you: on an average sober Friday night, would you be willing to part with your hard earned cash, to take a rickshaw 5 minutes down the road? When you’re feeling famished on a Wednesday after work, are you going to crave a Charlie’s 4-in-1? Would an early house be the sort of establishment for a quiet Sunday afternoon pint?

The facts speak for themselves. There is clearly a whole market of goods and services that are only bought because people are drunk. Once you have a few drinks, our priorities change. Ordinary rational metrics for making decisions such as quality, price and location are replaced with how far is it and do they have taco-fries? Our laziness and impatience for food has been a god-send for the rickshaw and taxi drivers of Dublin. At 2am, everyone can justify taxi costs that will get them to their drunk food, the highlight of the night for many. Non-smokers buying cigarettes, paying bathroom attendants for aftershave and lollipops, and hefty entry fees into bars would also all qualify as drunk economy exchanges.

The drunk economy keeps our cities and towns moving into the early hours of the mornings. It has been propping up businesses around the world for years. I highly doubt establishments such as Abrakebabra and Charlie’s would still be in operation today if drunk food was not a thing. The Supermacs at Eyre Square in Galway becomes a hive of activity every night. People exchanging stories of the night over garlic cheese chips is a familiar sight. Indeed, in transport, Uber may threaten the taxi industry, but sobriety is a far greater foe.

However, we are only minnows of the drunk economy. Travel to the Khao San Road in Bangkok, Magaluf or Crete. Take a walk down one of these strips any night and you will find drunk economy superpowers. People make livelihoods out of selling you crap you don’t want. Photographs, sunglasses, laughing gas, hats, bracelets, tattoos, barbecued insects — it is endless. It reaches a level far beyond food and transport.

If we decided to introduce prohibition tomorrow, it would be a dark day not only for bars and alcohol companies. In addition, those one/two star reviewed places on Yelp would have lost their core following overnight. The end of alcohol would lead to a domino effect for spice bags, kebab trays and 4-in-1s. That is not a world I wish to live in.